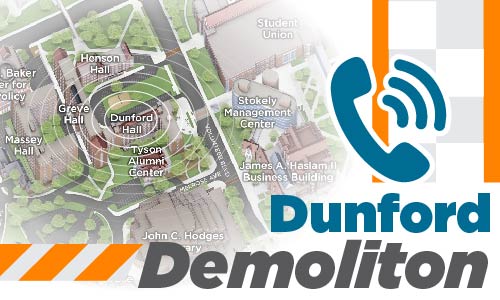 Due to the upcoming demolition of Dunford Hall, OIT will be transitioning several locations from the current campus telephone services to RingCentral, an enterprise cloud-based communications solution. For departments located in one of these buildings, an OIT Communications representative will contact your department to schedule the move to RingCentral.

Why are we making this change?

Dunford Hall is currently a telecommunications hub for several buildings on Cumberland Ave and the surrounding areas. Once construction begins, OIT will not be able to provide traditional phone service to these locations.

Which Buildings Will Be Impacted by This Change?