Achievement and a Scare

In the summer of 2017, senior lecturer April Conner of Math 125 spent a tremendous amount of time and effort “flipping” her classroom such that she could effectively and efficiently deliver lecture to the 500+ students enrolled each semester in the class she coordinates.

In effect, April created 29 short videos spanning a total of eight hours of instructional videos for students to use outside of class in preparation for in-class practice and application support.

Only after she had finished this achievement did she come to learn about the necessity of captions through a vendor’s blog and then learned of the UT System Accessibility Policy, which she understood to be reinforcing this need. At this point, April was deeply concerned about her capacity to complete captions for such a huge volume.

She very much wanted to ensure it was done both for compliance and to help ensure that students with relevant disabilities (e.g., deaf or hard of hearing) were able to access her instructional materials successfully. But she didn’t know where to begin.

What would YOU do at this point? 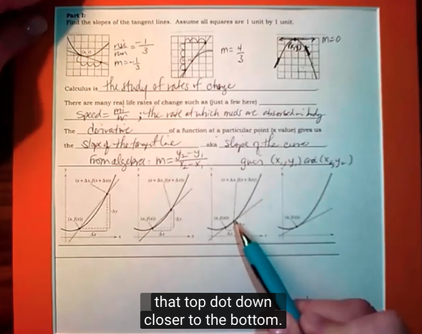 April reached out to the OIT team for help by sending a message through help.utk.edu. Our UDL and Accessibility Specialist, Eric Moore, responded by sharing resources related to creating accessible materials (inc. captioning videos) and arranged to meet later that week to better understand the scope of the need and to explore possible solutions.

Prior to meeting up with Eric, April followed the instructions by uploading some of the videos to YouTube to see how the auto-captions came out.

While YouTube auto-captions can be a powerful and effective way to get a leg up on captioning, there were a number of factors including a poor microphone (distorting audio quality) and the complexity of the jargon used in the subject matter that led to the automatically-generated captions being very low quality. In fact, about 1/3 of the videos were inexplicably auto-captioned in Spanish! (Something we have never seen before or since).

Thus, when April and Eric met, it was clear that the scope of the issue was substantial both in terms of the volume of captions to be generated and the reach that the videos would have (500+ students per term!). We needed to find some high quality solutions, fast!

April and Eric set out to make the case for addressing the need for captions. Doing so meant first demonstrating the theoretical benefit. Here’s what they found:

Who Benefits from Closed Captioning?

Ostensibly, captions are “for” people with hearing-related disabilities (e.g., hearing impairments, audio-processing disorders, deafness). Such individuals, while certainly present at UT, are a significant minority group. If captions are only for such individuals, then it may be difficult for faculty to justify proactively developing captioned media (as opposed to recruiting student disability services if and when a student with a hearing disability enrolls). Indeed, all mention of closed captioning in federal policy presents captioning in context of providing for people with disabilities (e.g., Americans with Disabilities Act, Section 504 and 508 of the Rehabilitation Act, 21st Century Communications and Video Accessibility Act). 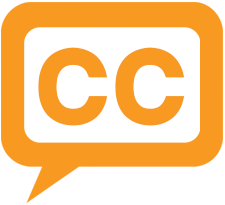 However, the extent to which these laws mandate broad, generalized captioning for private classes (i.e., non-MOOC classes, when there is no student in a class with a documented need for captioning) remains contested.

Copious and recent research has challenged this assumption, though. For example, Dallas, McCarthy and Long (2016) extended earlier studies in their focus specifically on undergraduate students without hearing disabilities. Their group-study design led to the conclusion that students exposed to captions consistently performed much better on later academic exams covering the content from instructional videos than those who were not exposed to captioned media. This was not an isolated finding.

In her 2015 meta-analysis of over 100 peer reviewed, empirical studies Gernsbacher convincingly reported that the use of closed captioning had powerful positive benefits in terms of attention, retention, and comprehension for everyone including college students, English language learners, and adults with and without hearing-related disabilities.

The theoretical value of captioning that April and Eric uncovered combined with the opportunity to make a difference in a far-reaching course and the need to test and model options for captioning was a combination that underscored the opportunity for action research. The team set out to explore different methods of captioning, then to evaluate the student use of – and response to – the provision of captioning.